Experience the ultimate power fantasy as the apex predator of the seas – a terrifying SHARK! Maneater is a single player, open world action RPG (ShaRkPG) where YOU are the shark. Starting as a small shark pup you are tasked with surviving the harsh world while eating your way up the ecosystem. To do this you will explore a large and varied open world encountering diverse enemies – both human and wildlife. Find the right resources and you can grow and evolve far beyond what nature intended, allowing the player to tailor the shark to their play style. This is fortunate, because to get revenge on the cruel fisherman that dismembered you will take evolving into a massive shark, an apex predator of legends. Eat. Explore. Evolve.

Fully Evolved For PlayStation®5 – The next evolution of Maneater is here with full utilization of the PlayStation®5 including native 4K HDR support at 60 FPS, immersive feedback via the DualSense™ controller’s haptic motors, and more! Ray Tracing (previously announced) will be coming in a post launch patch.

Unique Story – Play through a full narrative, story-based campaign narrated by Chris Parnell (Saturday Night Live, 30 Rock, Rick and Morty) and set against the backdrop of a reality TV show.

Diverse, Compelling Combat – Battle fierce wildlife including other apex predators or fight against various types of human hunters ranging from town drunks all the way up to the Coast Guard.

Evolve Into a Legend – Feed on humans and wildlife to grow your shark, and find shark loot to evolve your shark down multiple possible paths.

Explore the Gulf – 7 large regions including bayous of the gulf coast, resort beaches, industrial docks, the open ocean and more. Experience a living world with a full day/night cycle. 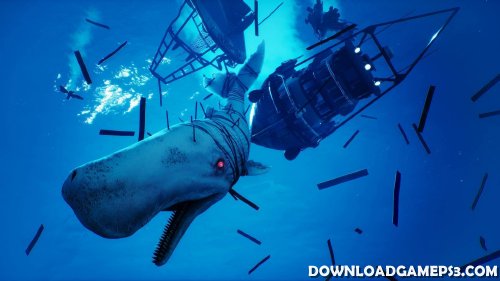 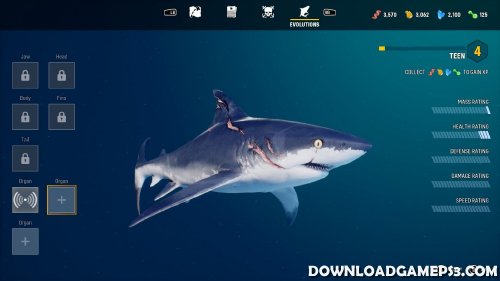 Boss of the Upload Games please Update this Game, thank you 😘

Opoisso893 new does not save properly on ps4

Please Game Update for this Game!Thanks😁

I don’t understand, you can say details ?

Hey please help me…can u suggest for me 6.72 host jailbreak that can use to play maneater

the game works fine, thanks

hello admin, thanks for the games and keep up the good work, most of the links don’t work

check all link work for me
send me link you use !

the game works fine, thanks

It’s not working on 5.05, it won’t even let you install it. It would ask you to update the software. How to fix this please?

zippy link r33 is down

check all link zippy work for me
you use link ?
try again !

been waiting for this beauty thank you so much ur awesome.

Hi admin psp, do you have update with fix 5.05 for this game?
Because this game has frame rate drop issues with the base game on ps4 slim

SAME PROBLEM too much lag

thank you can you give backport 6.72 please

Maybe you need to backport this to play in 6.72

It did work for me! Thank you Keith.