Be the Face of an NFL franchise where the decisions you make matter in your journey to become an NFL Superstar in ‘Face of the Franchise: QB1.’ Feel the emotion, personality, and power of NFL Superstars with ‘Superstar X-Factor,’ an all-new abilities progression system that reveals special abilities for today’s most exciting NFL Superstars heightening the level strategy and excitement in every game.

Face of the Franchise: QB1
Create your own College Quarterback to play through the College Football National Championship playoffs and the NFL Combine for your shot at the NFL Draft and to be the face of a franchise in a new and personalized career campaign. Engage with Madden’s new Scenario Engine which generates personalized playable scenarios, events, and dynamic challenges that build the story of your unique NFL career.

Franchise
Simulate a full NFL career and leave your legacy as a player, coach or owner with single-player and multiplayer online-connected leagues. Compete with up to 32 teams in your quest for a Super Bowl Dynasty. Complete with an annual Pro Bowl and Seasonal Awards.

Ultimate Team
Compete in the ultimate NFL fantasy team-building mode featuring your favorite NFL players from the past and present. Play games, collect rewards, and upgrade your team with daily, fun and engaging challenges with live NFL content all year-long.

Exhibition
Compete in head-to-head online and offline games (single and multi-player) or single player offline against the CPU. Customize your game settings including time of quarters, rules, stadiums, and uniforms. 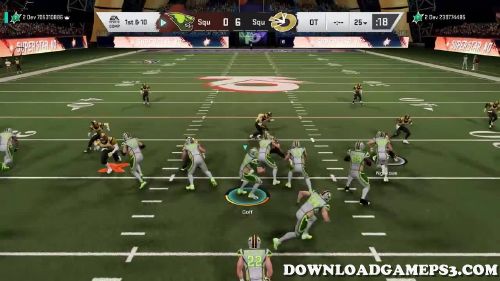 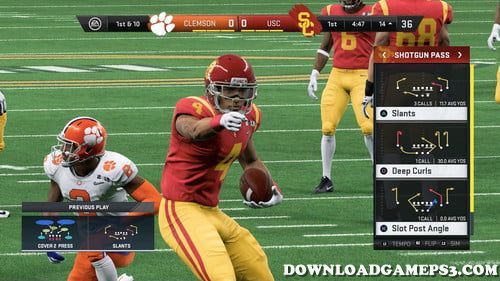 Credits to Dorukhan for the original release!

game base works on 5.05? please, confirm that; thanks

i didnt know about that… can you send me the link? thanks tom!

my comment redirecting you to other site wont be approved but it shouldn’t be hard to find, its the source of all these ps4 uploads

it’s not possible to find the source site through Google, and we need the fix and a few other games, like Superbomberman and captain tsubasa rise of new champions, can you take a look if they available in the site you were talking about?!

Please backport this game boss, thanks

Thanks your upload game, you are awsome!!! This is a great relaxing sport game. Hope to have Final Fantasy 8 Remastered soon!!!

one month and anyone cant upload the backport file?

Ill see what i can do. It might be one of those 🙂

remnant from the ashes game plz

Thanks your upload game, you are awsome!!! This is agreat sport game. Hope to have File Fix-Update 1.04 of PES 2020, and File Patch Kits PKG of PES 2020 about Club Team Names, Club Uniforms, Cup Trophies…..soon!!!

thanks for your hard work, can you upload warrior orochi 4 ultimate and one piece pirate warriors 4 pls, tkanks you!!!!!