A compilation disc on Blu-ray that features the first two God of War games. These PS2 games are remastered and pack 60 frames-per-second action, 720p graphics, and PlayStation Network Trophy support.

In God of War, players take on the role of Kratos, a Spartan warrior. Plagued by the nightmares of his past, the ash covered warrior would do anything to be free of his debt to the Gods and the memories that haunt him. For ten years he has labored for Olympus, now on the verge of losing all hope, the Gods have given him one last task. Destroy Ares, the God of War. Armed with the deadly chained Blades of Chaos, Kratos will have to overcome armies of mythological monsters, legions of undead soldiers, and dangerous and brutal landscapes.

In God of War II, Kratos sits atop his Olympus throne, as the new God of War – far more ruthless than Ares ever was. To end his continued torment, Kratos must journey to the far reaches of the earth and defeat untold horrors and alter that which no mortal, or god has ever changed…his fate. 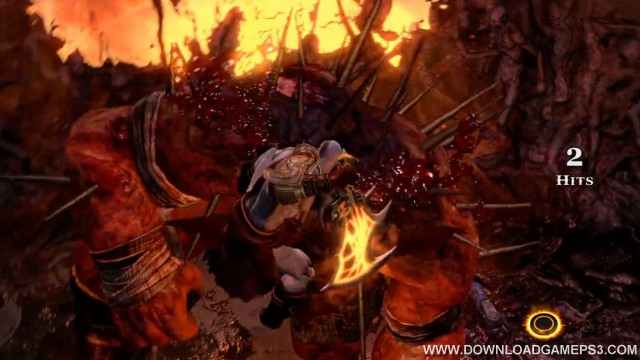 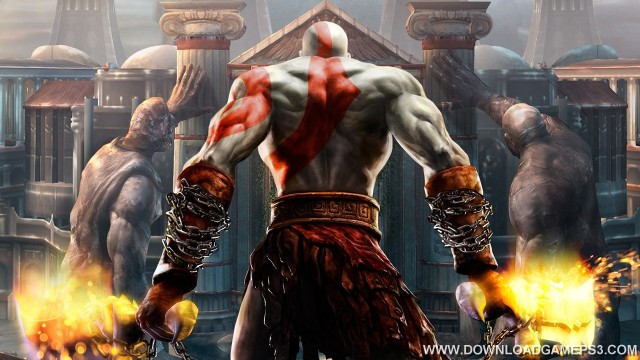 updating to version 1.01 will cause a black screen when trying to load GoW1 or GoW2 if you did update just go to PlayStation 3 Home Menu, go to Game > Game Data Utility and delete the 1.01 update

should work after that.

why don’t you split the file per part ? It’s taking a long time to make a copy in google drive. Please

Please put the game files on Mediafire. Old links do not work

Old link ?
check all link work for me

Please help, I have downloaded the US version but when I start GOW 1 OR GOW 2 black screen appears

Good news! For you that haven’t been able to to it with inject, i got a solution, insideusrdir there’s a gow 1 and gow 2 folder. Inside there are splitted files, u need to merge it first and then convert to inject files. Mine work with ps3merge, gameconvert0.91 with ftp transfer. Also im using bces reg.

Thanks, BCUS98229 work after merge splited files gow1.psarc and gow2.psarc with PS3 MERGE

how to do tht?

When I start The game black screen appears

I can´t fix the problem cuz the rar size is around 20 gb and my drive is only 15 gb, if you could fix this i would be so happy, thx

It works for RPCS3 emulator?

Why is the US version smaller guy?

Link were dead bro what happened.

check all link work for me
you use link ?

you use link ?
use tool “jdownload” download all file => unrar with tool “winrar” , all work ok

sorry i got it wrong. one of part didnt extract eventually. password is ok now, i can place this game in hdd external.
but problem now, i downloaded us version, run from hdd external, stuck on prior title.
any solution?
now i try load from multiman, copying to hdd internal.

Can you work without a hacker or wi-fi?

now link Host work for me, use tool “IDM” download it, it max speed

Something wrong with “BCUS98229”. When i run it, it freezes my whole system and remain that way forever !

I made a Iso copy of the file and it worked !
thank you for providing the game !!

How can I run this on an android phone?

r u stupid this game cannot run on android

can you speak english ? i check it work for me

When I update the game to 01.01 I got black screen. I hear sound but nothing else. In 01.00 only intro was played and when I was about to select the between both games the black screen appeared. I cannot revert the version nor i can remove disc game from RPCS3 Emulator. I’m using latest version and latest frimware

italian language in the game???

FIX: Convert the game to .iso and then copy it to your PS3. It will work! I have used “PS3 ISO TOOLS V2.2” for this purpose.

is the EUR version in pkg format?

I got .rar i dont know how to add this to rcps3, can anyyone help me?

I try play one of the two the games. i hit play and next thing the happen is my ps3 justs stop working. or is the game loading? help

did you download the EUR Version or USA Version

It works to me! I just combine .psarc archives according to video explanations and I replaced old archives .psarc by this new joined one

its not work or work plaese tell me

What backup manager you use?

was facing the same problem of black screen after selecting a game and make an iso actually solved it! GRACIAS AMIGO!

i need help too
Reply to  ruan

if you have multiman, you should make a ISO copy