Take flight in the iconic Silver Hawk and immerse yourself in thrilling gameplay with both modern HD-visuals or authentic retro-arcade graphics.

Experience the conflicts between the Amnelia Kingdom and the merciless Thiima Empire that took place before the battle between the people of Darius and Belsar. During this conflict, the series’ iconic Silver Hawks were created to make use of the game’s unique capture ball system that allows you to forge your own strategy and gain an edge over the enemy!

G-DARIUS HD is the port of “G-DARIUS” in high resolution – developed by the masters of remastering at M2. The game can also be played in low resolution like in the original arcade version.

From the epic boss battles to the memorable soundtrack, G-DARIUS stood out when it first got released in the arcades and up to these days, critics and fans are praising this game as a prime example of how to bring a 2D game series properly to 3D. 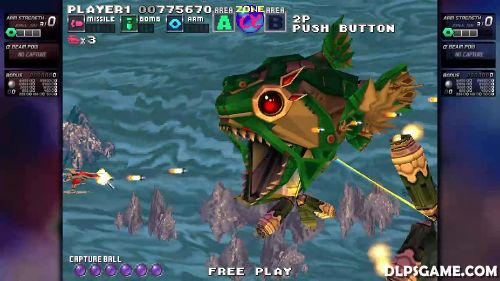 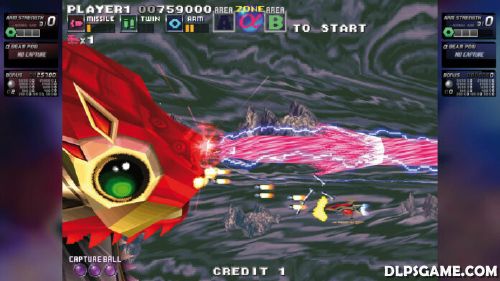