Dont Starve Giant Edition PSN : Don’t Starve is an uncompromising wilderness survival game full of science and magic. You play as Wilson, an intrepid Gentleman Scientist who has been trapped by a demon and transported to a mysterious wilderness world. Wilson must learn to exploit his environment and its inhabitants if he ever hopes to escape and find his way back home.

Don’t Starve: Giant Edition includes both the original Don’t Starve and the Reign of Giants Expansion, all portable for the first time as a PlayStation Vita release! All of the updates currently released on PC and PS4 are included in Don’t Starve: Giant Edition, including the multi-leveled caves update and the discoverable “Adventure Mode” that puts your survival skills to the test with multiple randomly-generated unique worlds as you try to escape your wild and strange prison.

The Reign of Giants Expansion expansion gives access to the original nine characters and two new additions. Play as Wigfrid, a stage actress who went a bit too far with method acting on her latest role, an ancient Valkyrie, or Webber, a young boy who lives inside the spider who tried to eat him long ago. The Reign of Giants expansion adds new seasonal challenges including the torrential rain falls of spring and the blistering heat of summer. You’ll also get new procedurally-generated biomes filled to the brim with new creatures and gatherables that will either help you survive — or kill you. Oh, and Giants! 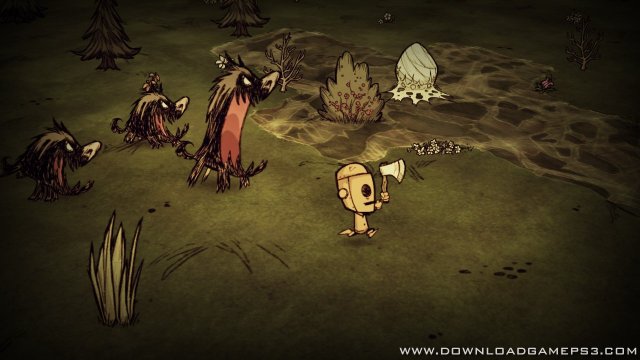 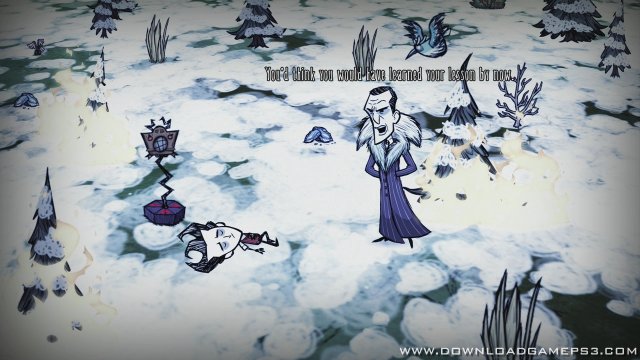 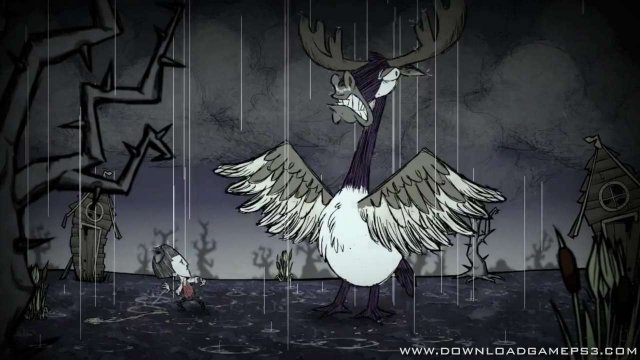 black screen any soliutons? i downloaded and pressed on Dont Starve Giant Edition.pkg i instaled it game was instaled and then i tried to fix it with NPUB31590_DONT_STARVE_GIANT_EDITION_FIX_421.pkg but its not working im getting black screen. And after that i renistaled ir and used NPUB31590_DONT_STARVE_GIANT_EDITION_FIX_341-355.pkg to fix it but it didint work.

Where is rap file?

hello ,a little help please?
when i try to play the game one of the characters doesnt work . i checked for updates and it had the fix , however when i update the game it wont work and it`ll just show that i have to buy it from the appstore
i would really appreciate if you upload the fix update

love your website by the way , keep up the great work

There are no folders in it. HELP please!!!

anyone have cheats for this?