After a secretive agency in New York is invaded by an otherworldly threat, you become the new Director struggling to regain Control. This supernatural third-person action-adventure game will challenge you to master a combination of supernatural abilities, modifiable loadouts and reactive environments, while fighting through a deep and unpredictable world.

You’ll uncover the secret activities of the Bureau agents and explore the strange and shifting halls of the Bureau’s headquarters, The Oldest House. Unlock new abilities with Objects of Power and upgrade your Service Weapon to take on bigger and more powerful enemies. Venture into lost sectors in the challenging Expeditions mode. Solve puzzles and complete quests to discover the secret of Jesse’s past and the true purpose of the Bureau of Control. Above all, you must defeat the relentless Hiss.

Control is Jesse Fadens’s story. The main plot focuses on her personal search for answers as she grows into the role of the Director. The world of Control has its own story, as do the allies Jesse meets along the way. Side-quests and Secrets are everywhere. Jesse works with other Bureau agents, decodes cryptic ciphers and discovers strange Bureau experiments.

World Within a Location
Explore diverse environments and shifting architecture in a deep unpredictable world, set within a sprawling New York building.

Reality Meets the Unexplainable
Dive into a dark and brutalist-inspired world where daily reality has been corrupted by an otherworldly force. 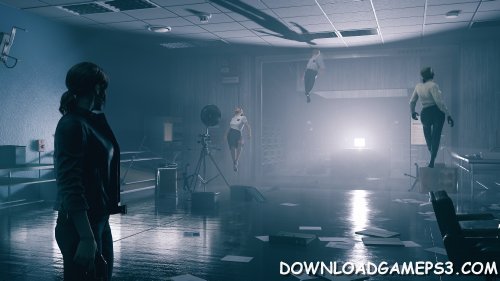 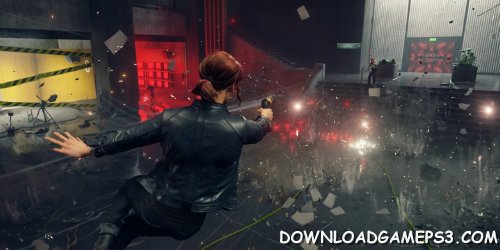 As of right now 1.12 is impossible to backport to 5.05, i dont know if it will be possible in the future but it cannot be fixed like we fixed it the last time. Its back to crashing after the intros by a failed loading function. So you can stop asking for it for now, if it eventually is doable it will be done

I’ve done a patch for that firmware with the program “duxa patch repackager” but I don`t know if that patch works….

No, i mean the backport for 5.05 FW, not the repackage for the base game with same CUSA but different dump.

thanks for 1.12 update, the AWE is in the dlc link

Thanks @UNLiMiTED for Update 1.12 -working-

Does this include AWE?

no it does have the AWE DLC

Any possibilities for AWE DLC? Thanks!

AWE dlc please… We’d thank you so much broh 🙂

CONTROL ON 5.05 IS FINALLY WORKING, GODAMNIT, OPOISSO893, ADMIN, YOU GUYS ARE AWESOME!

Now that 7.5 has been released

plzz reupload dlc of this game

check link DLC work for me

I’ve tested this on 5.05 and on 6.72. Managed to get it to launch on each f/w however game crashes before reaching menu.

Edit, got it working on 6.72, I just re-downloaded the update and used the repacker and it worked. Still no luck on 5.05 though

what does the NEW DLC LINK, containts? the list below or thats for the first dlc?
theres 2 expansion pack, the 1st is the foundation, the second si AWE. so the new dlc link containts AWE? thanks a lot

is the new dlc is the foundation?

zippy links are down

I am no longer hosting the old link, so please reload new link, sorry for this

Notes: 5.05 Backport! Control is a very specific backport with no other alikes so this took a while and couldnt be done manually, many headaches and a pain in the ass, control’s module was out of reach due to the memoryhole size increase made by flatz to skip the nothingness in the files but on control it would make the game unable to read the modules, credits to jocover and wchdsk who found out this.

Credits to mtnjustme for creating me the script to move the segments and addresses inside the game files and also for finding and fixing a couple bugs in the code spotted on jocovers files, which had some pointers/offsets incorrectly redirected/moved.

This backport should be fully working but let me know if it works well for you!

did you try the dlc ?
thx in advance

Yeah it does work perfect!

Can this update works fine game?

Does AWE dlc already included? Anyone?

Is there arabic subtitle or arabic patch for this game ?

dlc not working? awe and the foundation