In Batman: Arkham Asylum the player assumes the role of Batman as he delivers The Joker to Arkham Asylum. There, the imprisoned super-villains have set a trap and an immersive combat gaming experience unfolds. With an original script penned by Emmy Award-winning Batman writer Paul Dini, the game brings the universe of DC Comics’ detective to life!

Batman: Arkham Asylum exposes players to a unique, dark and atmospheric adventure that takes them to the depths of Arkham Asylum — Gotham’s psychiatric hospital for the criminally insane. Gamers will move in the shadows, instigate fear amongst their enemies and confront The Joker and Gotham City’s most notorious villains who have taken over the asylum. Using a wide range of Batman’s gadgets and abilities, players will become the invisible predator and attempt to foil The Joker’s demented scheme.

The Game of the Year Edition of Batman: Arkham Asylum comes with four Challenge Maps on disc and features an innovative new technology which offers a play-in-3D option compatible with all standard and high definition TV sets. TriOviz 3D is a patented 3D process which adds depth to the game, visible to players wearing the included 3D glasses. By leveraging the depth-of-field while maintaining the original gameplay and color integrity, TriOviz 3D creates a far more immersive gaming experience, allowing console players to dive deeper into the gothic world of Arkham Asylum. Also packed into the GOTY Edition are four previously released Downloadable Content Challenge Maps on disc, giving players further opportunity to hone their combat skills. Gamers can face-off against Arkham Asylum’s toughest inmates in some of the iconic environs from the game such as the infamous Crime Alley and the insane Scarecrow Nightmare. 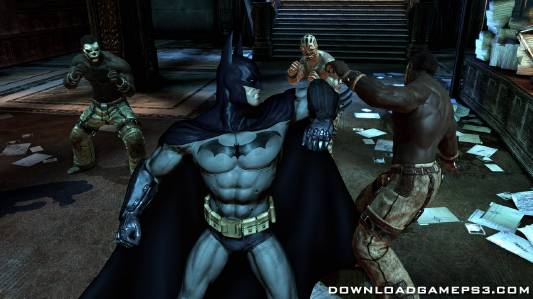 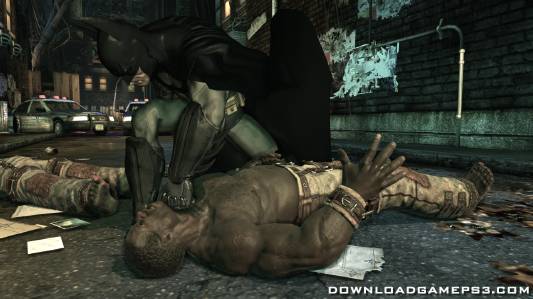 This game just broken don’t fucking download it such a waste time game crash in first the penitentiary episode.

I know its not on the playstation store anymore, but could you maybe add BLES/NPEB DLCs?

I wanna ask, i read the comments on this game. Is this game okay now to be play? And have no problems at all? Pls reply

this game is in rusian how to change language

You figured this out?

So, how can i fix black screen problem? I also tried what site says.

for black screen, in mmcm convert in to iso

Doesn’t fix it. I also tried what the site says

Thanks
Is work for me.

Somesay the game is not complete. What to do with these files then.